How to Find the Perfect Classic Cocktail Bar in Bangkok 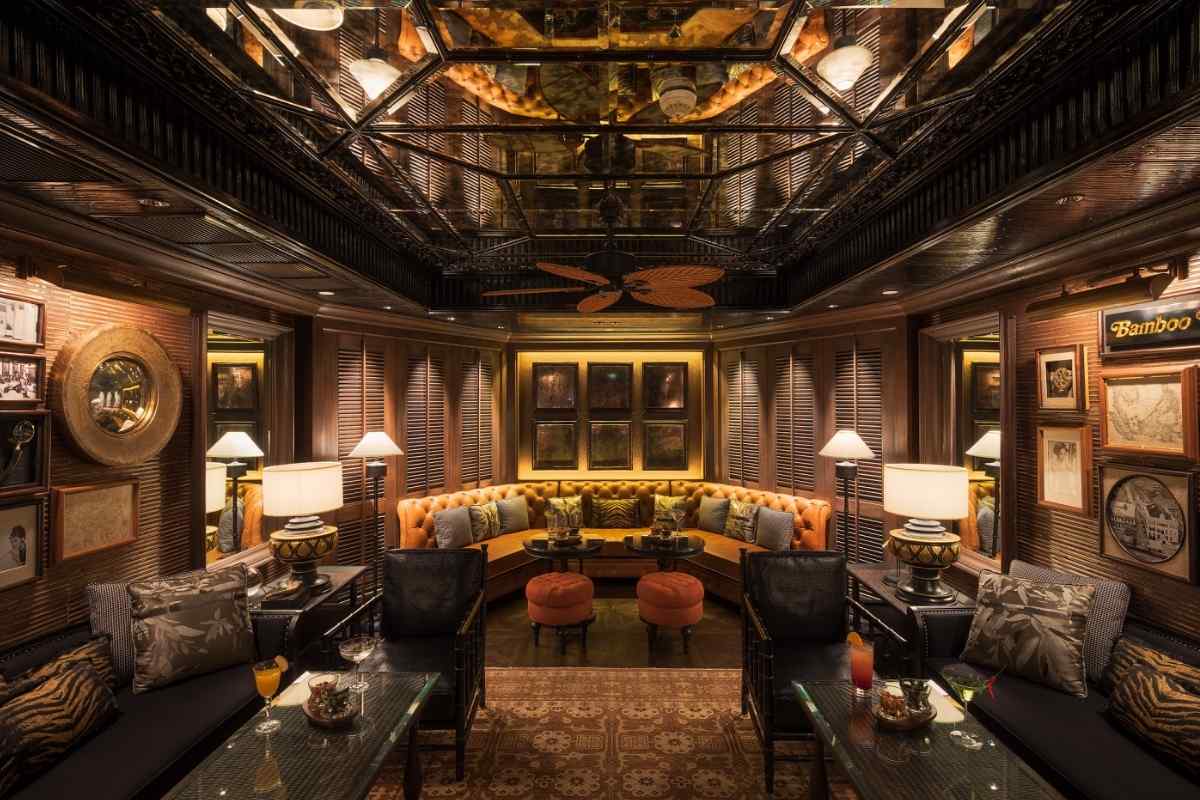 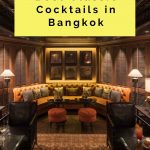 Finding a classic cocktail bar in Bangkok couldn’t be that hard, could it? Well, it depends when you were asking. In the past, most tourists were stopping off in Bangkok on their way to enjoy Ko Samui island getaways, Koh Phangan full moon parties, or Chiang Mai mountain trekking.

Most business travellers seeking a classic cocktail in Bangkok wouldn’t venture far from their hotel bar. Local Bangkokians favored beer or whisky more than white spirits, so, like most places in the world, cocktail culture was pretty non-existent.

Thanks to the combination of more tourists exploring the city centre and cocktail culture booming all over the world, there’s been an explosion of craft cocktail bars. Not only are hotel bars upping their game, but independent bars are popping up all over the city. These Thai entrepreneurs have made the Bangkok cocktail scene one not to miss.

Their offerings include the classics and also signature cocktails, incorporating local ingredients. They’re not just using the most ubiquitous Thai flavors, like Thai basil and lemongrass, but exploring ginger, kaffir lime leaf, local honey, as well as, foraged ingredients.

Don’t worry, you classic cocktail lovers, the bars on this list were set-up by award-winning bartenders, so their knowledge of the classics is nonpareil. Even if the temperature outside is over 30º, you will never get a warm martini!

I’ve handpicked my favorite Bangkok classic cocktail havens and then some bars that just can’t be missed. I can’t wait to return to Bangkok to try a few new ones on my list!

There is no way a  list of the great bars in Bangkok can begin with any other bar. As the first every luxury hotel in Bangkok, the Mandarin Oriental has been serving cocktails in some form for over 140 years. The Bamboo Bar at the Mandarin Oriental may be almost hitting its 60th birthday, but don’t think that it’s stuck in its ways. For the past five years, Jamie Rhind, previously of the award-winning Artesian in London, has been behind the bar.

Under his direction, The Bamboo Bar earned a place on, not only, Drinks International Magazine’s Asia’s 50 Best Bars 2019 list, but also its 50 World’s Best Bars 2019. The Mandarin Oriental name demands top-notch standard of service and that’s what you’re going to get.  You can find all the classics you expect on the menu, as well as twists on those classics with a nod to Thai flavors.

Top Tip(ple)🍸: Don’t miss The Bamboo Bar’s Compass Menu – it takes you on a tour of Thailand in a glass or two!

If the name of your bar is Vesper, you better make a great Vesper Martini. I am happy to report that they do!  Appearing on both Asia’s 50 Best bars 2019 and the World’s Best Bars 2019, Vesper Bar has been making James Bond proud since 2014. Owned by bar and restaurant entrepreneurs, Choti and Debby Leenutaphong, Vesper has gone from strength to strength.

Top Tip(ple)🍸: The Contrast Menu takes two concepts that are diametrically opposed to one another and makes a cocktail. Being the American, I can’t help but love the Democrat/Republican cocktail with corn chips & tequila!

Everyone loves Tropic City – also on Asia’s 50 Best Bars and the most famous tropical themed bar in Bangkok. Don’t think that just because they are making crowd-pleasing cocktails that they take their job any less seriously than their Martini-making brother and sisters.

Their attention to detail, combined with mixology know-how, takes the standard summer cocktail to a whole new level,

Top Tip(ple)🍸: Every bartender in town heads here after work, so don’t be surprised if you recognize someone!

Its name alone might clue you in to the fact the that Backstage is pure theatrics, but these bartenders know their stuff. From its plush red velvet interior to its cast of Diageo World Class Competition winning bartenders, Backstage was bound to be a hit with its audience.

Since its opening night in 2014 until now, the Backstage crew continue to get rave reviews and were ranked on Asia’s 50 Best Bars. You might go to experience their cocktail making prowess, but don’t miss their menu of signature cocktails. With their pedigree, they will have you on your feet giving them a standing ovation!

Top Tip(ple)🍸: Their signature menu is inspired from the movies we all love. Beware of the Hangover, which blends Bourbon, Jagermeister, and Red Wine!

I really need to mention these next few bars that are taking what they know about classics and turning them on their head, creating hometown Thai classics in the process. They are the future and demand attention for the great work they are doing.

Wasteland may be one of the most important cocktail bars in Bangkok today.  Embracing the zero-waste concept, they’ve taken it and run with it with incredible results. One of the best meals I ever had in Thailand was at the famous Bo.lan restaurant. I still remember the fermented rice dish I experienced and it was truly a life-changing experience.

When you finish every morsel on every plate at Bo.lan, it’s hard to imagine that there may be any food waste left over. Having the vision to take that food waste and create cocktails from it was the genius of Dharath Hoonchamlong, the environmental manager of Bo.lan. Helmed by two of Bangkok’s best bartenders, Kittibordee Chortubtim and Krit Parkobdee, Wasteland was born. They have created a stellar menu of cocktails that force us to look again at what we casually throw away.

Top Tip(ple)🍸: Come for the drinks and stay for the food. Bo.lan is one of those meals you will never forget!

You eat Thai food all the time, or so you think. It’s not only ginger, lemongrass and tamarind. The cocktails on Asia Today’s menu use purely Thai ingredients, but most of them you have never heard of. The bartenders are on a mission to seek out products that are found all over the country, like Northern Thai bai hor wor and bai hoo seur, as well as tiger eye syrup and leaf.

They also pride themselves on using honey from all over Thailand.  Just remember that the menu changes often since they only use what’s in season!

Top Tip(ple)🍸: It’s all about the honey for me. After their Bee’s Knees, then I want to go on to try their House Blend Vermouth and Thai Amaro!

I bet you’ve never been offered Ya Dong with your green Thai curry at your local Thai restaurant, unless that local is in Bangkok. Ya dong is Thailand’s herbal whiskey, rarely enjoyed outside of Thailand. That was the whole point.

Owner Asawin Rojmethatawee’s goal for TEP was that “80% of our drinks are made from Thai liquor and rum with a range of bases such as pineapple, sugarcane, white wine rice, sticky rice, and potato. All these ingredients are closely tied to our roots and sourced from local farmers”. You can’t get more local that that! It makes for great cocktails as well!

Top Tip(ple)🍸: If you have never tired Ya Dong, then start with the flight and then go on to try it in a cocktail.

Trader Vic’s just had to be on my list of the best classic cocktail in Bangkok. As home to the original recipe for the Mai Tai, that heavenly combination of rums, lime, orgeat and orange curacao, it deserves out respect and attention.

Top Tip(ple)🍸: Try your hand at making the original Mai Tai and a few others! Recipes are below!

This post was sponsored by Tourism Authority of Thailand (TAT) and Fan Club Thailand. All the opinions are my own! Make sure to tag:  #ThrowbackThailand and #AmazingThailand!

Tons of other Mai Tai recipes

PIN IT FOR LATER

Disclaimer: Some of these posts contain affiliate links. I may receive compensation if you click on these links and buy something, but, don’t worry, it won’t cost you a dime!
Lush Guide to Atlantic Canada