How to make a Negroni with Australian Gin 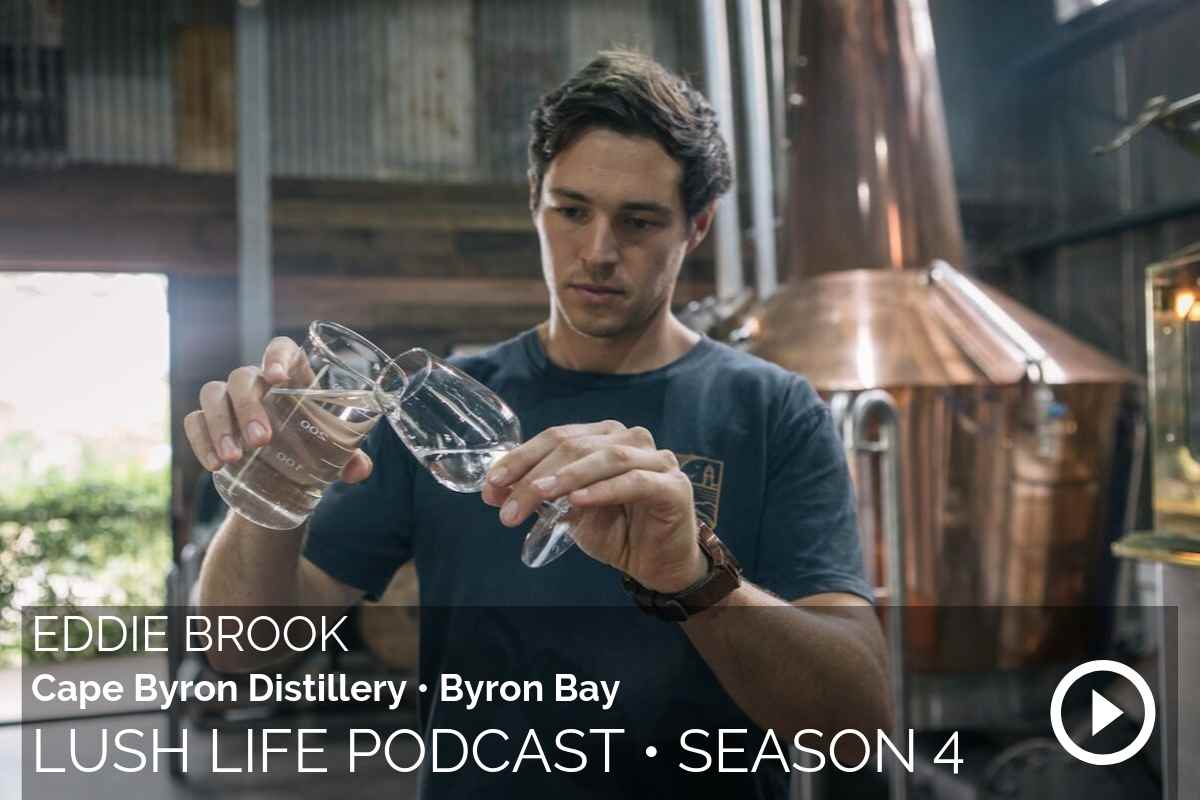 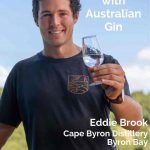 Everything fell into place exactly as our guest might have dreamt it. He knew the native botanicals growing in his backyard would produce an amazing spirit. When one of the most famous men in the whisky world agreed that there might be something in this, Eddie Brook’s dreams became a reality.

Together, Eddie has gone on to produce more than one award-winning spirit, after establishing the Cape Byron Distillery. The Dry Gin, Slow Gin and MAC liqueur are on the menu now, but just wait, the whisky is coming!

His original m.o. might not have been to rework the Negroni per se,  but the outcome of his pursuits have provided bartenders with new spirits with which to create inventive takes on the Italian classic.

If you want to make his fabulous Slowgroni – made with Brookie’s Slow Gin, find the recipe here!

Don’t miss out on any Lush Life episodes!

You can get this and all future audio files automatically downloaded to your mobile device easy. If you’re on iOS, you can listen on Apple Podcast. It’s easy to Google Podcasts or Spotify too. Or click the player or link above to listen to just this episode. (But trust me, you’ll want to subscribe!)

If you live for Lush Life would you consider supporting us… Just go to patreon.com/lushlife and you can donate once or monthly to make sure we are still here every Tuesday.

Theme music for Lush Life is by Steven Shapiro, and used with permission.

Lush Life is always and will be forever produced by Evo Terra and Simpler Media Productions.

Eddie Brook was born into a family of risk-takers. Thirty years ago, his parents purchased a rundown dairy farm and moved, lock stock & barrel to the wilds of Byron Bay, Australia.

Once there, they realized they had purchased land on the edge of the largest subtropical rainforest in Australia. Known as The Big Scrub, it had been decimated in the 19th C to make room for crops. Now less than 1% of the land survives. Eddie’s parents felt in their heart that it was their duty to actively start regenerating the land. They began by applying to the bank for a loan to plant 35,000 rainforest trees.

Thirty years later, there has been a five-fold increase in the amount of trees, the birds have returned, and wallabies, koalas, and platypi call it home.

Growing up in the culinary world, he knew he wanted to make it his life. From a young age, he began working in kitchens, eventually becoming a cocktail bartender. He made a point to work with the best in the industry, e.g Marco Nunes from Canvas who has gone on to be a legend in the bar world. Still it was the brand ambassadors that inspired him – how they spoke about a product, sharing stories of spirits from all over the world. As he began managing bars and creating cocktail menus, his role grew to become more and more that of a brand ambassador and worked for Buffalo Trace, Hayman’s and Bruichladdich among others.

Working with Bruichladdich wasn’t just a job for Eddie. To put it lightly, Jim McEwen, the former Master Distiller of Bruichladdich, was one of the biggest influences of his life. At home watching YouTube videos of Jim, Eddie was not only seduced by the way he talked about whisky, but also how Bruichladdich had transformed the lifeblood for its community.  Due to this one spirit, that community survived and now farmers were growing barley again, the school was flourishing, and people were finding jobs.

As luck would have it, Eddie was sent on a 22 stop tour with Jim throughout Australia. During the tour, they formed quite a friendship, with Eddie impressing upon Jim the true passion he had for the land where he was born. Hearing Eddie describe the plants in the rainforest, the native flavors, the diverse botanicals,  from Aniseed Myrtle to Finger Lime to Cinnamon Myrtle, Jim felt that they had been destined to meet and help him great a spirit together!

Right off the bat, they hit the ground running! Eddie’s family had talked about creating a distillery before, but the idea has always been put on the shelf. With Jim as their godfather, the sky was their limit.

Right away they began building the still, then the recipe for what would become Brookie’s Byron Dry Gin.  Juniper was a must, but that came from abroad,  since it doesn’t grow in Australia. After Juniper, they vowed to stick to local flavors. For the citrus, they had a plethora of choices from Finger Lime to White Aspen Berry to so many others. For tea-like flavors, they had native River Mint, Cinnamon Myrtle, Aniseed Myrtle and Pepper Leaf  which is like Earl Grey meets a Szechuan pepper, and there were so many others.

Prior to Jim arriving to help finalize the recipe, Eddie had already distilled a bunch of those native flavors and understood how what worked together. Jim tweaked it and they were off.

The first day that the spirit ran is etched in Eddie’s memory.  It was just the family in the distillery, plus Jim – needless to say there was not a dry eye! It was a moment that Eddie will hold on to for the rest of his life.

One incredible fruit that grows locally in the region of Northern River, Australia is Davidson’s Plum. Looking like it’s right out of a Dr. Seuss book, the Davidson’s Plum tree grows 20 feet high, has a top hat of leaves, and a super thin trunk. The fruit goes straight off the inside of the trunk – no branches at all.  As the fruit is incredibly similar to the Sloe Berry, Eddie decided to try it in his gin and it was incredible.

To make their Slow Gin, they freeze the Davidson’s plums as soon as they get them, once a year. They grow about 600 kilos a year, but are planting more and more trees. Once they’re frozen, the skin splits open. From there, they are steeped straight into the Dry Gin spirit, resting an average of 10 months to produce one bottle. The flavors created are almost port-like with jammy notes of Muscatel and raisin, which are balanced out with cane sugar.

There are more than 3,000 Macadamia trees on their property. It would have been sad not to showcase the native Australian Macadamia, so MAC liqueur was born. They hand roast the macadamias and the additional ingredient, Wattleseed.

Wattleseed grows off the Acacia tree and it’s very popular in Australia. When you roast it becomes like bush coffee, and tastes like beautifully dark roasted coffee meets dark chocolate meets semi-burnt popcorn.

Bringing the Macadamia and the Wattleseed together creates a buttery inherent sweetness which is smoothed out by the bitterness of the Wattleseed.

It wasn’t until January this year that they decided to start producing whisky. As they kicked along making gin they realized, they weren’t distilling every single day. After a chat with Jim, he thought they should put the still back to work.

February 11th 2019 saw the very first barrel filled. The rules in Australia are slightly different for whisky production than in Scotland.  Whisky has to be in a barrel for two years in an oak casks and the wash doesn’t have to be created on site. Working with Australia’s premium craft independent brewery,  Stone and wood, they used a pale malt barley and two yeast strains for their recipe. One yeast is a classic traditional one used for Scotch whisky and the second is normally used in the beer industry for lighter style beers.

Jim said that he said, hand on heart, it was one of the finest Spirits he’s ever been a part of.

Cape Byron Distillery is the culmination of two worlds coming together. The Brook family’s dedication to the native food, flavors and community combined with the knowledge of one of the most important men in the spirit industry today. 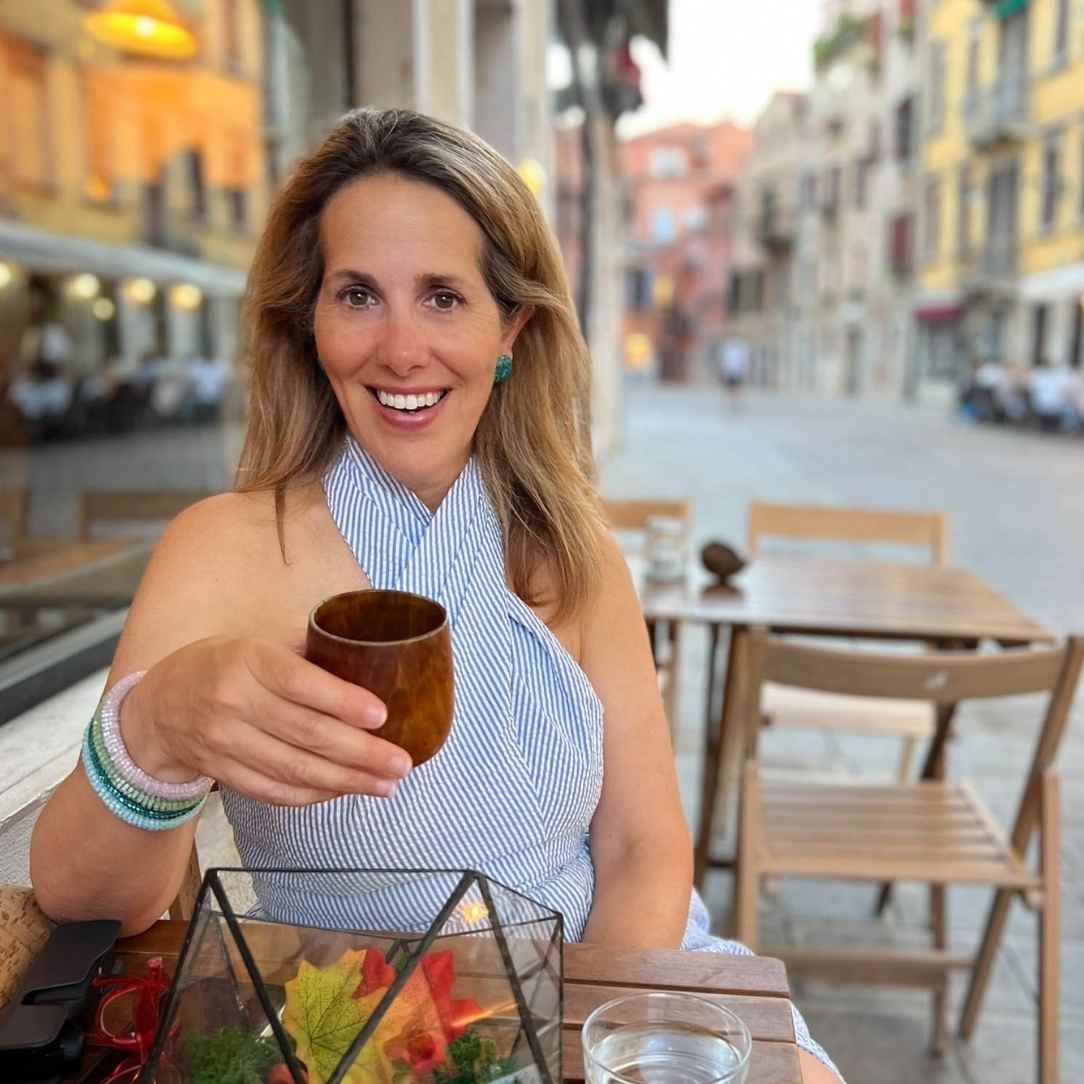