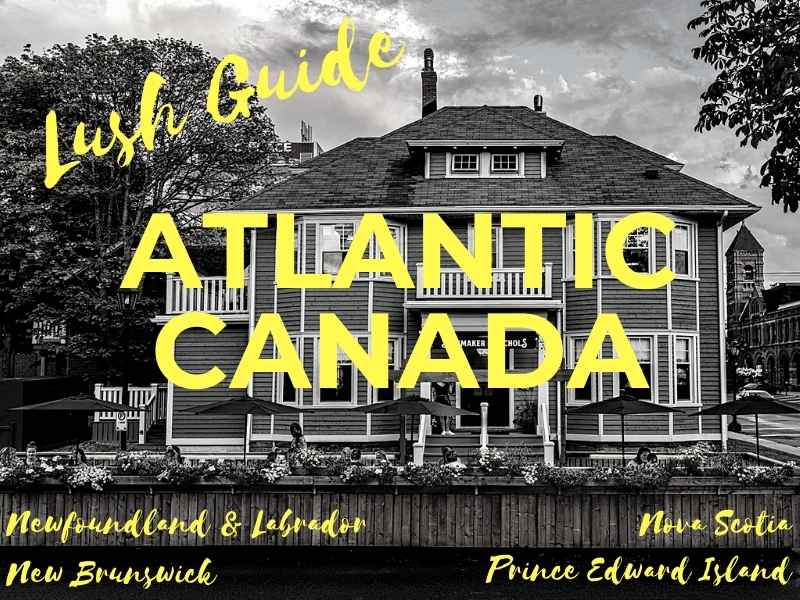 Suggested by the best in the business, these restaurants and bars in the four provinces of Atlantic Canada should not be missed.

Thanks to my partnership with Atlantic Canada, I interviewed four innovators in the drinks industry: Dan Meades, Sebastien Roy, Alex Wrathell ,and Steve Murphy.

In preparation for any future travel I may have to their specific province: Newfoundland and Labrador, New Brunswick, Nova Scotia and/or Prince Edward Island, I asked them for a few suggestions.  The question: where would you get a great cocktail?

Sebastien Roy, founder of Distillerie Fils du Roy, as well as, master-distiller and master-brewer, suggested we head to one of these bars for some fun and great cocktails in New Brunswick.

Steve Murphy, co-owner of Slaymaker & Nichols, wasn’t shy about recommending his own bar either ;). I don’t blame him, its setting is divine and the bar menu sounds amazing. Below are his other two choices for great cocktails in Prince Edward Island.

As I wrote above, these are just a few of the incredible places to drink in Atlantic Canada.

If you are a fan of one, please do shout it out on social media and tag me @alushlifemanual and also #atlanticcanada.

Disclaimer: Some of these posts contain affiliate links. I may receive compensation if you click on these links and buy something, but, don’t worry, it won’t cost you a dime!
How to Find the Best Gifts for the Cocktail Lover
How to Find the Perfect Classic Cocktail Bar in Bangkok